Where to begin with Call of Duty Ghosts?

With the dog? In space? In a tank battle?

All of the above are part of a quick-fire, Michael Bay-esque, blink-and-you-miss-it campaign. Unfortunately, you can't play as a space dog, but they have to save something for the sequel I guess...

Yes, its the same old CoD, split unevenly into an appetiser of a campaign, and a multiplayer feast with more levels and unlocks than you can shake an AK47 at, as well as a token Zombies-esque mode. But you already knew all this, right?

The real shame with Call of Duty: Ghosts is that this was a chance for a fresh graphical perspective on warfare. Launching on brand new hardware has allowed the engine a few upgrades, but coming across from Playstation 3 or Xbox 360, this isn't the game you'll be playing to show off your new £400 black box to your mates. Depth-of-field effects when aiming down the sights seem more impressive than last-gen, and everything seems a tad shinier (no really), but nothing here will wow you.

Sound, as always with the franchise, is impressive. Guns sound distinct and, minor gripes aside (how can you hear a gun fire in space?), it sounds great, particularly through a surround sound system.

Where Ghosts really tries to wow, however, is the campaign. At this point, its like they know there aren't many ideas left in the think tank, and you can imagine it went something like this:

Developer 1 - "Treyarch did the Cold War and the near future, and killing Castro... what do we have left to do? People are bored of fighting the Germans and the Nazis. We need new ideas people!"
Developer 2 - "We could get a dog to bite people on command?"
Developer 3 - "We have some space ideas we couldn't fit anywhere else?"
Developer 4 - "We could make South America the main superpower!"
Developer 1 - "Pay-rises for everyone!"

Seriously though, this campaign outdoes itself for sheer silliness. You can keep Black Ops 2 and it's crazy branching narrative and drone army storyline. As mentioned, South America is now a unified superpower, and have taken over the globe. Except, of course, the US of A. They hijack a space station and use it to attack the land of the free, leaving America's best soldiers (the titular Ghosts) the nation's only chance of fighting back. Thats the set up, and no further explanation is given, and thats fine by me.

Its the kind of action that harkens back to when Schwarzenegger, Norris and Stallone ruled the screen. It actually sometimes feels like you're playing Call of Duty: Expendables. Throughout the 5(ish) hour campaign, you'll fight through jungles in stealth mode, battle your way through a moving train, fly a helicopter, drive a tank, scuba dive amongst sharks and, yes, try to reclaim the death dealing space station in zero gravity.

Most of the pre-release build up centres around Riley, the best canine companion in a  first person shooter since... Well... I can't think of any others. He's well implemented into stealth sections, but doesn't add a lot to the experience, save for some particularly grisly throat ripping kills...

Whilst the action constantly ramps up, underwater and floaty space sections aside the game doesn't change the same left trigger/right trigger point and fire action you've been enjoying since Modern Warfare in 2007. Funnelled through corridors for the most part, its Call of Duty 101. Yes, there are even slow-mo breaches as per EVERY CoD GAME SINCE 2009.

So its more of the same in single player, and whilst the occasional set-piece dazzles, you'll get the feeling you've done it all before...

Unfortunately, this extends to multiplayer too, and without all the background battling going on, Ghost's lack of ambition doesn't hold up too favourably in the cold light of day.

Lets make it clear though, if you love the series, you'll find a lot to love about Ghosts. New game modes (my fave is Cranked, where you have to chain kills to ensure you don't explode), new weapons and new maps will keep you entertained for a year (or at least until the first DLC drops). That said, if you are in fact a CoD fanatic, this review won't sway you either way.

Unfortunately, whilst the formula is as refined as it is likely to get, glitches causing you to spawn almost immediately into someone's crosshairs can prove infuriating. Add to that a very confusing perks menu (a huge disappointment after the genius simplicity of BO2's "Pick 10" system), and a new unlock system whereby you spend "Squad Points" to purchase new items (thus meaning you lose the surprise of unlocking something new each level), and you can't help but feel its good, but could've been so much better with a few more ideas.

One feature that has been added to multiplayer however, is a "Squads" option. This essentially lets you create a team of AI-controlled bots with which to take on your friends and their pimped out squaddies, like some kind of weird military Pokemon. More importantly, it lets relative newcomers to the series practice on each map, and should help fresh players feel a bit less daunted, despite the aforementioned issues which make the game feel less intuitive.

There are a couple of fresh movement ideas too, Ghosts introduces a contextual lean and the kneeslide is a smooth (and pretty cool) way to dash behind cover whilst (hopefully) evading sniper fire.

Black Ops 1 and 2 are the COD games I got the most mileage from, thanks to the addictive "one more game" Zombies mode i'd play with my friends. Originally introduced in World At War, Infinity Ward's own games in the series have offered less inspired alternative game modes, and hope to replicate the success of the undead this year with "Extinction". A four player co-operative experience, Extinction sees your crack team (each with specific roles) attempting to fight off alien invaders whilst transporting a giant drill to destroy their hives. Along the way you earn cash, which can be spent on traps and new weapons, much like Zombies. As a fun distraction, Extinction is worth a go, but once you have a half-decent and balanced team, you'll plough through it in no time at all.

So in summary, more of the same. But really, what were you expecting? This game will sell like gangbusters, and until franchise-fatigue sets in (its a thing, remember Guitar Hero?!), that is set to continue. But for what it is, Ghosts is a solid entry in the franchise, and is actually great mindless fun that shouldn't take itself as seriously as it does. Extinction feels throwaway, but the multiplayer will keep you occupied until the next one. Speaking of which, I'll hold out for space dogs in Ghosts 2... 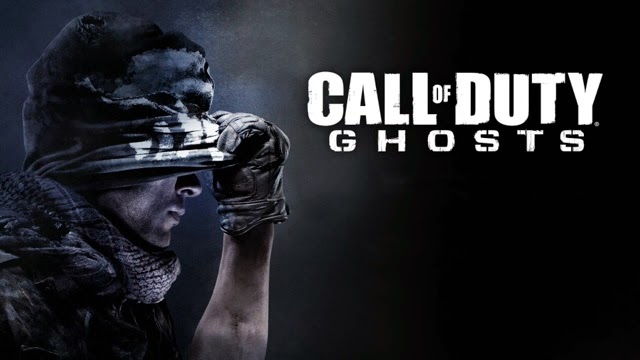