Does Call of Duty: Infinite Warfare's Campaign Deserve The Hate? 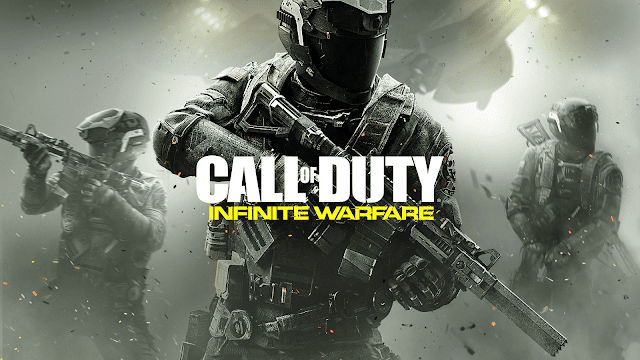 As sure as the Sun rises and sets, and as certain as death and taxes, 2016 saw another Call of Duty release. But this one was a little different to other years.

Infinite Warfare's reveal trailer was met with negative reaction from across the gaming community - are people finally growing bored of the franchise?

If you cast your mind back to 2013 and the launch of the current generation of consoles, Ghosts was the most recent incarnation of the series which didn't include some kind of jetpack and some variation of drones, and was still received poorly.  What had begun as a military shooter set in World War 2 is now an annual cacophony of forgettable characters, jingoism, jargon and buttery-smooth gameplay. And for many, including myself, thats just fine. I love the heavily scripted 5-6 hour campaign of Call of Duty, whether its set in Vietnam, space, or anywhere in between. Its a summer blockbuster - fun while it lasts and often forgotten quickly. Adding in the frantic multiplayer and Zombies doesn't do much for me - which I admit would leave me in the minority (even 2015's Black Ops III allowed players to skip to any mission, completely disarming the game's narrative).

But heres the thing that most people have overlooked with Infinite Warfare, blinded by the bolted on addition of Modern Warfare Remastered (for a price) and disappointed by the far-future setting - the campaign is one of the best i've played in recent years.

With three different studios working on Call of Duty games, there was bound to be a lull in sales for one of them given the annual release schedule - Advanced Warfare won over fans who were disappointed by Ghosts, and Black Ops III is the ending to a wildly popular trilogy which began in 2009. Infinite Warfare is a new IP which on the surface adds little to the moment to moment gameplay. The boost jumps of Advanced Warfare were tweaked for Black Ops III which also added wall running. Nothing really changed from then to Infinite Warfare, and while laser weapons are fun they don't differ too much from the standard lead-spewing instruments of death we've come to expect from a modern first-person shooter. Even worse, theres no Kevin Spacey.

So what makes the campaign in Infinite Warfare stand out? Lots of neat ideas, actually. As the commander of a huge ship called the Retribution you're able to pick and choose which missions you would like to take on from a map not dissimilar to the one found in the Mass Effect franchise. Different missions can give different boosts (reload speed as an example) and despite many being optional, I never once found myself skipping any of them. Straightforward dogfighting in your space-fighter is a fun, simple and not too taxing experience which forms a considerable portion of the side missions, but there are also stealth missions, assassinations, attacks on docked enemy ships and many more. Infinite Warfare's commitment to it's setting and scenarios is admirable, and aside from the dogfights no two side-missions are the same.

As you play through the campaign, you'll scan weapons which are then referred to your armourer for 3D printing, giving you an expanded selection when you come to stock up for your next mission. The enemy (the Settlement Defence Front, or SDF) have numerous high ranking officers on a checklist for you to eliminate over the course of the game and these High Value Targets are great fun to seek out and remove from the playing field.

These interlocking systems flesh out a great campaign with enough bombast to keep you entertained throughout the entirety of it's 10 hour runtime (including side missions). It has it's failings too - the SDF are painfully generic space nazis (not far off the Helghast from the Killzone franchise in terms of personality) and Kit Harrington isn't given a lot to work with as the main villain in terms of script and screen time. Allied characters fare much better, particularly your robot companion "Ethan", who has some zingers and player-character Nick Reyes is far from a blank slate such as the protagonists in many recent CoD.

Ultimately, however, it could have been a campaign better than Half Life 2 and people still wouldn't have played it. Between Overwatch and Titanfall 2, we aren't short of shooters this year. But the elephant in the room here is Battlefield 1. Technical issues aside, Battlefield 4's multiplayer was sensational and diverse, giving players access to numerous classes and vehicles in large-scale combat. Comparatively, Call of Duty could be seen as a more anaemic offering - boots on the ground, fast-paced combat where a vast majority of players only play Team Deathmatch. Combining what worked for Battlefield 4 and the more user-friendly enhancements from 2015's Star Wars: Battlefront, DICE managed to create a perfect storm of depth and accessibility. The biggest surprise, however was the time period in which the game is set. World War 2 has been a fruitful period for a reason - it is the definition of a struggle between good and evil, with numerous battles shifting the fate of Europe in dramatic fashion. World War 1, however, saw the birth of automatic weaponry and tank warfare, but was fought in muddy trenches, the battle lines shifting inches every few months. How could that be made fun to play through?To DICE's credit, the risk paid off and Battlefield 1 has given the franchise the leverage it needed to claim fans from the CoD franchise who aren't interested in double jumps and sticky bombs.

Infinite Warfare's multiplayer feels like a map pack for Black Ops III in most cases, which is disappointing for a franchise fixated so heavily on multiplayer. That said, Infinity Ward stuffed so many great additions into the campaign in a franchise reviled for it's familiarity that I would argue that it really should be sampled by more than just the campaign-only minority such as myself.
Labels: 1 2016 3 advanced warfare battlefield black ops call of duty gaming ghosts infinite warfare playstation xbox