The Seven Best Additions to the Xbox One Firmware

Thanks to the internet, no device these days remains the same as it was the day it was sold to you. Phones gain new features, games consoles are re-configured and my TV even updated itself the other day!
Of all the transformations seen, however, the Xbox One’s might just be the most impressive. In the three years since the console’s launch, it has added new features galore as well as tweaking what was already there to improve the user experience. Here are my personal top 7 additions: 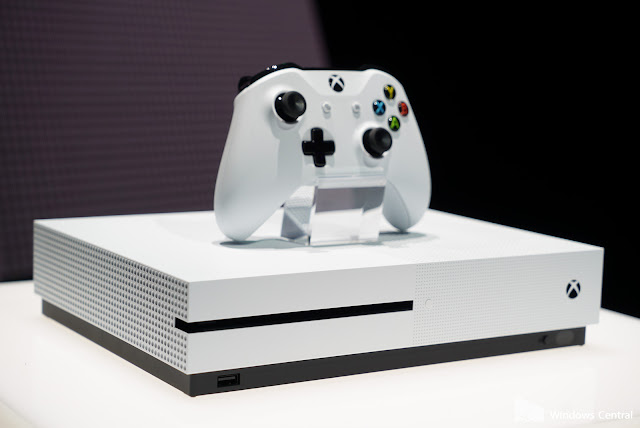 External Hard Drive Support
Its hard to believe that back in 2013 to early 2014 we were stuck with a measly 500GB of storage. At the time of writing however I have 4TB connected to my Xbox plus the standard 500GB in reserve. Before this feature was added you could easily spend more time shuffling games around your hard drive than actually playing them! Thankfully, Microsoft added this function fairly early on in the console’s life cycle and the criteria for an external drive was simple: It has to be USB 3.0 compatible and at least 256GB in size. Just plug it in, format it, and you’re good to go.

Redesigned Xbox One Marketplace
When the console shipped the store was a mix of tiles, with multiple bundles of the same game being listed alongside each other and Bing search functionality was hit or miss – the whole thing was just generally a mess. In December 2015 this was all changed to encompass four specific areas: Games, Movies & TV, App and Music. This made things infinitely easier to find, and also introduced categories based on rating, staff picks etc. This kind of curating goes a long way in a store which is being updated on a new constant basis.

Gamerscore Leaderboard
Achievements have long been a part of the Xbox DNA – since the launch of 360 in fact. There’s nothing more satisfying that the sound effect and on-screen cue to tell you that you got through a mission without dying or that you smashed a lap time. But what about your friends? What if there was a way to calculate which of your friends or members of your community have nabbed the most achievements? Thanks to this update there is and, now that its been tweaked a few times since it’s inception, the leaderboard is a great chance to test yourself against the best your friends list has to offer.

Looking For Group
Disclaimer: I used this feature for the first time yesterday. Verdict: Its fantastic. Hopping into Destiny, I decided to be brave and find myself a pair of Guardians to play the Nightfall with. Now, for those who don’t know me, using a mic is often an issue due to anxieties although many parties require one. So I created a new post using LFG (straight from the party tab on the snap menu) and had a full fireteam within around 90 seconds who knew what activity I wanted to attempt, what light level I was and that I had no mic. From there I achieved completion of my first ever Nightfall and am now planning to build myself towards a raiding party – something I never would have attempted before this feature was added!

Backwards Compatibility
Ever play The Elder Scrolls: Oblivion? How about Mass Effect? Call of Duty: Black Ops? At the time of writing you can play 300 Xbox 360 games, including all of these, on your Xbox One. The announcement raised the roof when it was made at E3 2015 and the library has grown month on month since. Each game is emulated with Xbox Live multiplayer intact but with improvements such as Game DVR recording which are only available when played on Xbox One. You can even play with friends if they are using an Xbox 360! All credit to Microsoft on this, and here’s to another 300!

The New Xbox Experience
Not so much an addition as a refresh, The New Xbox Experience was a huge shakeup to make your most common features more accessible. The “My Games and Apps” tile was moved to the top and opening it provides a much clearer view of titles owned. You can also track download progress right from the home screen, and the snap menu now features more helpful items than ever in a way that isn’t unintuitive or too dense. Add “Cortana” to the mix (Microsoft’s digital assistant is baked in to almost every area of the OS) and it’d be a real struggle to revert back to the old system firmware.

EA Access
Ok, so this one is kind of cheating – its an App that can be found on the store. It also requires a subscription (£5 per month or £20 for the year). Microsoft and Sony were both pitched EA Access but Sony turned it down, so I think Microsoft deserves some credit for not only allowing it, but helping the service grow through things like Backwards Compatibility. At the time of writing, EA Access offers unlimited access to THIRTY EIGHT games in it’s vault, and once they are in there, they don’t leave. This makes it ideal for new owners, giving them an instant collection of great and varied titles. Among these games are the Mass Effect Trilogy, Dragon Age: Inquisition, two Battlefield games, Star Wars: Battlefront and almost all of EA’s growing catalogue of sports titles. As if to sweeten the deal even more, EA Access subscribers get free trials to most EA games several days before release and 10% off digital purchases of games and DLC.

So those are my seven favourite Xbox One features which have been added over time. What are your top features, and what would you like to see added?
Labels: additions firmware gaming xbox one