Introducing Your Significant Other To Videogames

I've been awful with the blog in recent weeks but hope to have at least one more this week - i've been so busy with preparing for Christmas (i'm an early bird) and selling my flat its been crazy!

As you'll know, this has been a funny ol' year for me - 2017 has been full of more twists and turns than a season of your favorite TV drama. The one constant, however, has been someone I met over the summer. She's somehow the other half of me in so many ways, and the time we've spent together has often felt like a light at the end of the tunnel. That said, I'm not sure she was prepared for my love of all things nerdy, but she takes me as I am and thats all I can ask for. 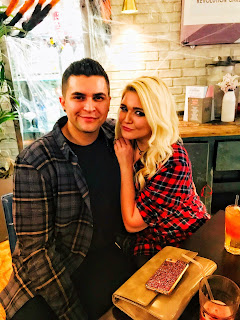 As someone who doesn't play a lot of videogames, I was shocked when she mentioned the ending of Bioshock Infinite as something that had stuck with her (she'd watched it on Twitch). When we first met, she'd fall asleep watching me play Final Fantasy 14 Online, or get immersed in Uncharted 3's story as I replayed it on PS4. When we discussed videogames, she said that the reason she didn't feel confident playing was the medium's over-reliance on combat, something she felt she'd never quite manage. With this in mind, I thought i'd put together a short list of games i'm going to introduce Frankie to that are lacking in combat but full of story.

The first game Frankie played to completion while I watched, "Oxenfree" is a 2D game packed with Twin Peaks-esque mystery mixed with young-adult fiction. The narrative kept pulling us through constantly, as our five teenage heroes try to understand the secrets of a mysterious island. Gameplay is just walking and dialogue, and while some backtracking feels quite tedious, the allure of unraveling the plot threads one by one kept us coming back.

Ok, yes, there is combat in "Skyrim". And i'm not a huge fan of it either. But as a virtual playground, somewhere to be explored and run free into the wilds? It's almost second to none. "Skyrim" gets the nod ahead of "Fallout 4" simply because the fantasy setting speaks to us more than the irradiated wastelands of it's more recent sibling.

Telltale Games - all of them

Telltale Games have a unique style to them - like moving comic-books. Their "Batman" series is sensational, but even the combat in that simply requires following the prompts on-screen. Something along the lines of "The Walking Dead" or "The Wolf Among Us" should have the kind of story that keeps us coming back, episode-to-episode. I'm eager to try "Tales of the Borderlands" too, having loved the first episode, while "Guardians of the Galaxy" should pique Frankie's interests.

Lego titles are among the most charming, funny and easily enjoyable games in the medium. Part-platformer, part-occasional puzzler, the series has grown to incorporate comic book heroes, movie franchises and... well, whatever they include in Dimensions. I currently own Lego Harry Potter (which will do nothing for Frankie (shes a muggle)), Dimensions (just the starter pack... until they drop in price!) and Lego Marvel Superheroes which may be the best place to start!

The first game we played together (the Switch is set up in the bedroom for lazy Sunday racing!), MK8 is the definitive Mario Kart. Dozens of tracks, racers and karts and the constant promise of "one more race". Its that good, i'll be taking it to my parents' house at Christmas this year to challenge all-comers!

Snipperclips: Cut It Out Together

Finally, a game you may not be familiar with. A Nintendo Switch exclusive, Snipperclips has you solving puzzles as a team that vary from dunking a basketball to filling a certain shape - all done using the ability to cut each other's cute little paper character into different shapes to fulfill different tasks. Its hilarious and challenging in equal measure and a game I definitely recommend.

So there you have it, a few games to try playing with your significant other. Anything else you'd recommend? Let me know in the comments!
Labels: gaming nintendo personal playstation relationship switch xbox