My first "Best of" list and hopefully something I can maintain going forward. 2017 was a sensational year for media, so competition was tough! I'm no expert, but here are the best movies, albums and videogames that I enjoyed in 2017!

I ADORE the first Kingsman movie. I think its up there with Kick-Ass and First Class as Matthew Vaughn's best work. As you can imagine, the possibility of a sequel was intriguing to me - especially when early trailers suggested Colin Firth's character would be back from the dead. With some smart pseudo-retcons of the previous movie, The Golden Circle proves itself to be just as fun, albeit with a little less heart than the original.

Finally, DC's cinematic universe has a win. Wonder Woman's tale of a woman out of time shares some similarities with the first Captain America movie, but it's closer examination of the horrors of World War One and neat twist towards the end mean that they feel separate enough from each other. The villain is less than compelling but hes a lot better than Justice League's Steppenwolf.

A third version of the same superhero franchise in the last few years, I finally thought my excitement for Spiderman (one of my all-time favourite Marvel heroes) had reached it's lowest. Seeing Tom Holland in Civil War changed my mind entirely, and Homecoming's sidestepping of the well-worn origin story of the webslinger to focus on it's more human elements is the best thing that could've happened. It doesn't hurt that Iron Man features fairly heavily, and frequent nods to the Marvel Cinematic Universe never feel gratuitous. Oh, and Michael Keaton's Vulture is the best Spiderman villain since Doctor Octopus in Spiderman 2.

Another movie I wasn't expecting great things from, Ragnarok has entered my top 5 Marvel Cinematic Universe movies. After the fun Thor and the surprisingly disappointing Thor 2, Ragnarok's blend of action scenes (some of the best of the year), comedy and character made it a joy to watch. I'm excited to watch it again on blu-ray!

A masterpiece in subverting expectations, Get Out is full of sensational performances, a sense of creepy foreboding and just enough comedy to provide levity while not breaking the tension. Showing that horror doesn't have to rely on jump scares and cheap tricks, Get Out feels like it is always moving - every frame gives a new clue and no moment is wasted.

On paper, IT is a tough sell. Among genre staples like mass murders, chainsaw wielders and possessed dolls, the idea of an interdimensional demon eating children while appearing as (among other things) a killer clown is a bit "out there". Based on Stephen King's seminal novel, the movie is the first of two parts - the kids are cast perfectly, and Pennywise is often the least of their worries. IT stands up as a standalone movie as well, but I can't wait to see the evolution of Bill Skarsgard's dancing clown in Pt 2, out next year.

I don't think I can remember the last time a movie was this divisive - praised by critics, torn apart by hardcore fans. I love Star Wars, so there was a good chance that barring any prequel-level nonsense that this would be high on the list. I loved The Last Jedi for its complex portrayal of characters, focusing on shades of grey in a Universe dominated by the light and dark sides of the Force. I loved it for it's cinematography - it truly is the most beautiful Star Wars movie yet. But most of all I loved it for the way it shattered every single preconceived notion. I can't go into spoilers, but I can recommend that you watch it at least once. One scene has stuck in my mind long after leaving the cinema to the point where I think I need to go and see it again!

6) Being As An Ocean - Waiting for Morning To Come 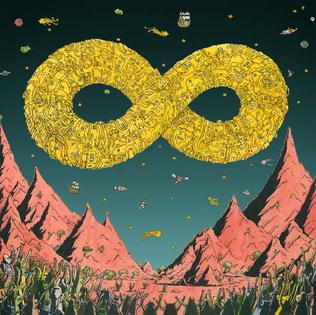 Yes, EA's business practices have swatted people away from Battlefront II in their droves, and yes, microtransactions will no doubt return to the game in the near future. But for now, its the most authentic Star Wars game in years. The single player is a bit of a drag in terms of gameplay but has some neat story ideas, while the multiplayer is undoubtedly the focus. More modes, maps, characters and weapons from across all three eras of Star Wars, while all future DLC is free, including "The Last Jedi" content. Oh, and it is truly beautiful, particularly on Xbox One X.

Oh Destiny 2. What could've been. Despite it's many attempts to shake up the original game's formula, Destiny 2 falls into many similar traps - a shallow endgame, a dearth of meaningful content and an economy that feels like an endless cycle. Its a good looking game, with the finest shooting mechanics since... well, Destiny 1, but PVP has fallen short of how it used to be, and the DLC wasn't the injection of content the game needed. Despite all of this, I put in almost a hundred hours on the week of release, and in terms of campaign the game is leagues above it's predecessor. I think the base is there, but Bungie need to build on it and quickly.

Having adored Black Ops III and Advanced Warfare, Infinite Warfare (sensational campaign aside) left me ready to return to "boots on the ground" combat. WWII certainly delivers, eschewing the jetpacks and sci-fi narrative of its predecessor to tell a more human story. Some story beats feel formulaic (Josh Duhamel's character is angry for a reason, but it never justifies why he's such an arse about it) but for the most part the campaign is a story of brotherhood in the face of horrific adversity. Multiplayer feels fairly safe but War mode is the best addition to the franchise in years - a multi-stage fight across larger maps with three objectives to complete. Oh, and Zombies is back and better (and more complex) than ever.

Guerilla Games' first foray outside of the Killzone franchise that they'd become synonymous with is an absolute marvel. A beautiful game (particularly on Playstation 4 Pro), it paints a vividly colourful picture of post-apocalyptic Earth, a world now full of roaming mechanical monstrosities. Unlike many open worlds, however, the combat is perfect: challenging, strategic and rewarding. Stealth is a viable option, but leveling Aloi's abilities to allow her to use numerous tools and traps to take down huge beasts never gets old.

The biggest surprise of the year, AC:O is a fresh start for the decade-old series. The Egyptian setting is as exotic as you'd hope, full of sights and sounds, while the story also (wisely) keeps present day antics on the backburner. The biggest change here is the shift to a more action-RPG style adventure, with gear drops, leveling and side quests that extend far beyond collecting feathers and climbing towers. Again, its a beauty to look at as well.

Fun fact: i'd never really played a Mario game outside of Kart until this year. Now? I can't get enough of this one. A smart, inventive platformer? So far, so Mario. But the freedom to explore every nook and cranny at your leisure to dig out every last power moon, or simply fly through collecting the bare minimum, makes this ideal for short bursts on the Switch. In fact, i've sat down to grab a few moons and lost hours being pulled back into the game's charming worlds.

Oh, and for those wondering why Zelda isn't on here? I've not played enough of it to make an informed decision as yet.

Here we are - my personal game of the year. Persona 5 is bonkers - a story about high school kids transcending dimensions to "change the hearts" of evil-doers, whilst working part-time jobs, studying for exams, and making friends with a talking magical cat. Things somehow get weirder, and also darker - Persona 5 deals with some heavy themes but never feels like it does so for the sake of it. Building relationships with your party isn't just fun (it allows bonuses in battle) - its also a fantastic way of fleshing out characters. What sets it apart from everything else in 2017 is the art style - cutscenes play out like anime episodes, every menu screen drips with style and battles are colourful, stylish affairs. The music also projects a sense of whimsy throughout. Simply put, its a 100 hour RPG that you'll gladly sacrifice that time to. And its my game of the year 2017.