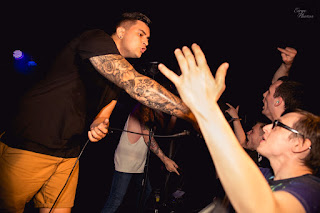 Hi everybody, how are you? Have you enjoyed your bank holiday weekend? Mine was bloody wonderful for the first half and bloody awful for the second. Friday was spent with family and on Saturday we went to a lovely wedding. Unfortunately, Sunday and Monday were spent on the sofa being really quite ill.

In any case, here are a couple of nice photos from the wedding! 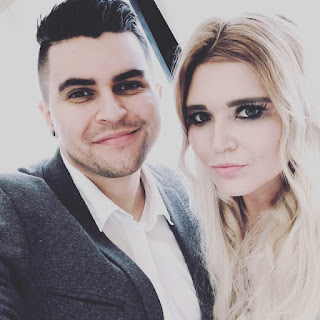 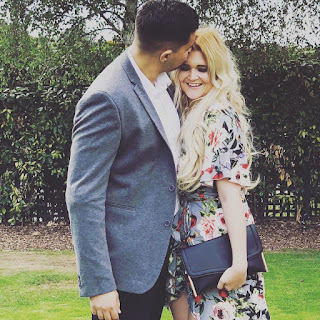 Anyway, it dawned on me the other day that I've been writing, recording and performing music since I was about eleven years old. For the smarter people in the room that's now 17 years.

My first reason for doing so is easy. When I was fourteen, I played bass in a band. We played a show at a school event, playing just two songs. I remember heading on stage as a nervous wreck - I could barely play bass - and heading off as though I'd played Wembley. It was a huge rush.

Two years later, I played my first solo show at a pub in Leigh-On-Sea. I wasn't old enough to drink there, but I played a twenty minute set of covers and original material. I knew then that I wanted to sing on stage. Since then, I must've played dozens and dozens of shows across the country. With Faint Young Sun, with We Were Lions and, of course, with Counties.


Give me a sweaty room, a hungry crowd, and a working mic and I will put on a show. Give me my best friends on stage with me, and we are THE show. It always makes me smile when people from work or friends say "I'm so glad we came to see you, I wasn't expecting to enjoy it but you guys were great". Simply put, playing live is one of the greatest joys in my life.

Gigs (unfortunately) are getting harder to come by. Venues are closing, and most people aren't as willing to take a chance on a new artist anymore. This makes the process of recording and releasing more important than ever. In that regard, I feel very lucky.

I remember making songs before my voice broke with my best friend, aged eleven. We recorded a couple of songs and put them on mini-disks - remember those? I'll be honest, it was just awful, but everyone starts somewhere.

Even taking into account the physical media (CDs etc) that are lost to the depths of time, I'm lucky enough to be able to stream two Counties EPs from streaming services, one Touchlines song from Youtube and I'm pretty sure there are two We Were Lions EPs available to buy somewhere.

It may sound silly, but I'm looking forward to the day I can sit down with my kids and show them the music I was lucky enough to make with some of my favourite people. Hearing my own music transports me back in time - recording "Rebirth" with We Were Lions was one of my fondest memories. We lived together for the week in a cabin, and every day after the studio ate dinner together and had a few drinks.

On the opposite side of things, recording "If Forever Is What It Takes" with Counties was beyond stressful, with ever shifting deadlines and in-fighting, all capped off with losing Tom at the last hurdle. That said, the EP reminds me of the gigs we played in that period, the friends we made and the fact that i'm prouder of my performance and writing on that EP than I have been of any other piece of work.

The final reason I do it, is for the friends we've made on this journey. Since reforming in 2017, we've made friends with so many other bands. We didn't have that before, and it makes us SO happy. For our last show alone we had numerous bands wanting to play alongside us, and even managed to get three different guest vocalists on stage with us at various points. We have SO much love for our brothers and sisters that put in the same grind we do.

So, the question is then - when will it stop? When will I quit? When does the dream die?

Making music with my friends and playing small venues is all I've wanted for this project. Anything else is a bonus. Therefore, I've lived the "dream". There has never been part of me since we reformed that expected we'd get a record deal, or go on tour. The reality is that we have mortgages to pay and jobs to work.

I've always assumed I'd stop doing this when I'm thirty. By then, I always assumed venues would have died out and I'd run out of songs to sing. I figure I'll have kids and it'll be harder to rehearse week in and week out.

I don't know if that'll happen anymore. I may just keep going until my lungs give out. This year has shown me how tragically short life can be, so why should I not play shows? Or record new music? Maybe i'll get a chance to try something new - I've wanted to write some more solo material over the next few weeks - but I'm hopeful that Counties has plenty more life in it. After all, it would be a shame if we'd reached our zenith after nine tracks.

So there you have it - my somewhat rose-tinted reasoning for seventeen years of musical grafting. There are so many things I'd have done differently along the way, but youthful exuberance and an unwillingness to believe my shit stinks meant my choices unfolded the way they did.
Here's hoping for plenty more nights such as these... 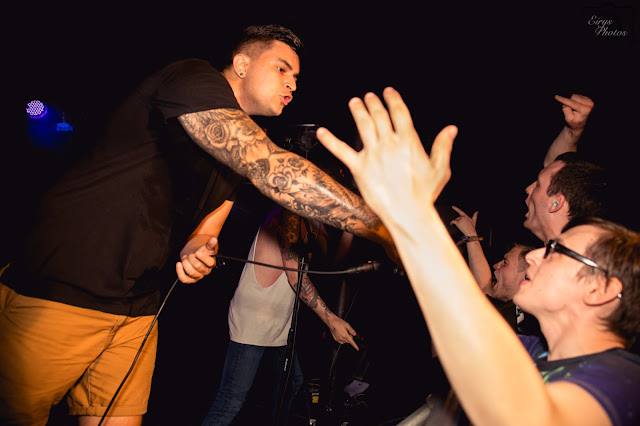 I do it all for moments such as these.

Now Playing: Counties - If Forever Is What It Takes - EP