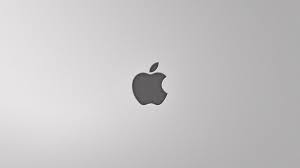 Told you I'd be back! Way back in June I went over WWDC, Apple's developers conference. There we learned about some really interesting new features across all of Apple's operating systems... unfortunately, yesterday's event felt flat and devoid of new ideas.

Opening strong, Apple Watch is getting a Series 4 - it's gorgeous and has some really impressive new features. On a most basic level, the screen is larger (by 30%) and the microphone and speaker are improved - so those with cellular variants of the Watch will be able make clearer calls or use the new Walkie Talkie functionality in WatchOS 5. As is the usual case with Apple products, the processor has been significantly beefed up too - so the Series 4 should handle tasks thrown at it with ease.

Finally, WatchOS 5, with all the features listed on my WWDC article, launches on Monday 17th September.

My take? The Watch Series 4 looks great and has some real innovation inside. As much as I'd love one, i'll be sticking to my Series 3 (which has now dropped in price) - it does everything I need it to do. 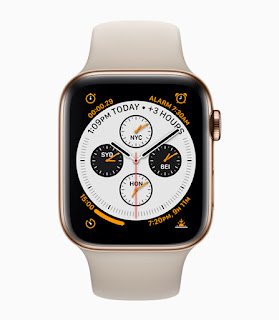 The bulk of Apple's presentation, as is often the case, focused on it's main revenue source - the iPhone. Except this time, it was focused on not one, not two, but THREE iPhones.

Yes, Samsung is going to have a field day with the "ExCess" branding, although Apple refers to it as the "Ten Ess". The Xs is essentially the X, but with smarter image processing so you can adjust depth of field after taking a photo (creating "Bokeh" effects) and the water resistance has been improved. Needless to say, the new A12 Bionic Chip means the phone is infinitely more capable than the last, so that's great for someone like me that JUST bought the X. Oh and a better battery too.

God I hate that name. It's basically a X Plus. A 6.5 inch screen sounds so good, but consider that it isn't that much smaller than the smallest iPad - crazy considering how small iPhone screens were compared to their Android competitors not long ago. The Xs Max (shudder) has the same snazzy features as the Xs, but the potential for apps to be displayed in landscape.

What?! Where does the "R" come from? In any case, the Xr is Apple's latest foray into making a more affordable smartphone - except with very few compromises. The new "Liquid Retina Display" is LCD, and at 6.1 inches it's actually bigger than the iPhone X/Xs. Being all display, it also features Face ID in lieu of Touch ID. The colours are great too, I'm particularly fond of the yellow for reasons I can't explain.

My take? Frankie is in the market for a new phone and the Xr might be a good bet for her given it's upgrades on the X on everything outside of screen quality but retailing for around 25% less, while the Xs Max is (name aside) the phone I would've got had I waited - that said, starting at $1099, i'd probably have to remortgage my flat to buy it. And at that point, why not an iPad instead? 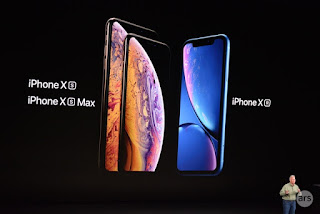 Looooooot of stuff missing here, and I would argue that nothing was particularly exciting. The Xs is the quintessential "S" year upgrade - better camera, better processor, better battery, and the Xr is competitively priced.

There were some Homepod updates but no price drop, and no AirPods 2 as had been rumored. Perhaps most bizarrely, Apple seems to have forgotten it's wireless charging mat (Airpower) which was announced forever ago, at least in tech terms.

The biggest disappointment for me was the lack of a new iPad Pro - I had hoped for an iPhone X-esque all-screen redesign. In the new year i'll likely be looking for a tablet to be able to do some light browsing on the sofa with or to write blogs in a more portable way. Here's hoping we'll see something by then!

So there you have it, not a great deal to cover. If you're in the mood for other stuff to read from me, check the following out:

My review of Divinity: Original Sin II for SquareXO

My Review in Progress of Destiny 2: Forsaken for Xbox Tavern