Good morning all, I hope you're well.

It's 4am and Loki has woken me up twice already this morning - lucky me. I'm tapping away on my Macbook Pro one last time before doing a factory reset and sending it off to it's new owner!

Apple held an event yesterday in New York - so what did they talk about? 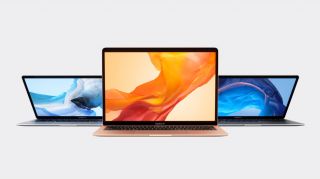 Ok, hands up - who remembered that Apple makes Macbook Air? Between the 12 inch Macbook and the Macbook Pro, I always felt Apple had it's bases covered with laptops - apparently I was wrong, and people really love the Macbook Air.

What's strange is that it seems to be halfway to a Pro in some ways - it inherits the DNA of it's prior iteration (it's 25% lighter, weighing 2.75 pounds), while adding TouchID where the Power key used to be, a Retina display and stripping ports down to just two Thunderbolt connections. Add Force Touch, a battery capable of 12 hours web surfing and a price tag dangerously close to the that of the entry-level Macbook Pro (starting at £1,199 and going up to £1,399 vs £1,249 for the Pro) and it's fair to ask two questions: Who is this for, and what of the 12 inch Macbook?

One thing that definitely needs to be applauded though is that the new Macbook Air is made out of 100% recycled aluminium - hooray environment! 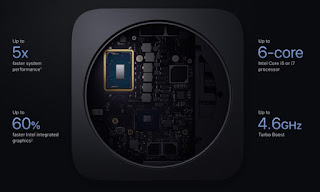 If you forgot about the Macbook Air, then I'm surprised Apple remembered the Mac Mini. Apple's display-less Mac got quite the boost this year (finally!), and now comes in Space Grey (side note, everything looks better in Space Grey, don't @ me).

Other than that, the Mini looks much the same, but this is apparently five times faster than the previous generation - likely thanks to a quad-core Intel processor (configurable up to six cores).

Priced at £799 up to £1,099, this pricing structure cements Macs as premium machines - even without expensive displays - although I think most would've considered Apple a premium brand long ago. Essentially, the whole product line has been enhanced in the last couple of years - with a new price range to match.

I think most knew it was coming, but something about Apple's presentation made me want an iPad Pro immediately - it's part of the reason my Macbook Pro is now off on a new adventure. 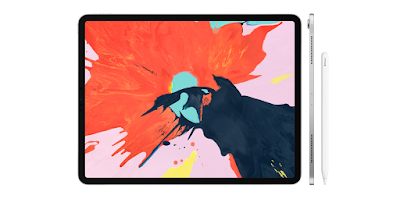 The new iPad Pro slims down the bezels and rounds the corners to look more like a bigger iPhone X - which as you can imagine removes the home button, and the headphone jack. This allows an 11 inch screen on the same footprint as the 10.5 inch iPad Pro (still available to buy), or there's a new 12.9 inch model with a smaller footprint which Apple is hoping will push people to buy the larger size.

So what's new? Quite simply, this is everything I've wanted in a tablet - aside from the gorgeous display (the same "Liquid Retina" as the iPhone XR), the iPad Pro is configurable with up to 1TB of storage, and (FINALLY) a USB-C connector - this will allow the connection of so many new devices - DSLR cameras, external 5K displays - anything really, and you'll be able to charge your iPhone from it too.

That's to say nothing of the performance - the Pro maintains ProMotion tech for a fluid refresh rate but adds a new speaker setup and redesigned camera. The front facing camera now supports FaceID, while iPhone X/XS/XR gestures are now the de facto way of navigating iOS and multitasking.

This is all aided by a new A12X Bionic chip, allowing the iPad Pro to run apps such as Photoshop CC. Apple compared it's graphical performance to the Xbox One S - even showing off NBA 2K19 on the iPad Pro (admittedly it looked great, but having reviewed the same game on PS4 Pro, I'd argue it's not the best way to play). In fact, Apple are touting that this iPad Pro is more powerful than most computers, and more portable than all of them - it's hard to argue, with the device weighing less than 0.5kg.

Besides the iPad Pro itself, new accessories announced alongside it are perfect for the budding editor in me. Firstly, the new second-generation Apple Pencil charges wirelessly on the side of the iPad Pro - it just snaps on, pairing instantly in a similar way to the AirPods. On top of that, it features a new design that should stop it rolling off of tablets, as well as the ability to change writing tools by double tapping the Pencil itself. It's a far cry from plugging the Pencil directly into the iPad Pro.

Secondly (and much more importantly for myself), a new Smart Keyboard Folio case that attaches magnetically will allow me to write blogs such as these wherever I am. It also has two viewing angles, plus shortcut keys, to allow quick editing wherever I am. In short, it's finally a laptop replacement - the promise and potential of the iPad Pro line finally met.

65% of all iOS devices are now running iOS 12, and 12.1 has now arrived which brings group FaceTime and some new emoji.

So thats it - no AirPower, no new AirPods, and no mention of a cheaper HomePod as some had predicted. My take? The iPad Pro looks to be everything I could ask for in a tablet so we'll see what deals come around on Black Friday.