Wow. 2019 is on our doorstep, shuffling it's shoes on the mat and preparing to step inside. Doesn't time fly? This time last year I wrote a piece about 2017 which went on to be a piece of content that performed well, so with that in mind here is 2018 in review (and in no particular order).

- There is no easy way to describe losing someone, especially someone with so much left to offer the world. I will remember Thomas Iain Heward as a caring person with a larger-than-life personality and who was most at home surrounded by chaos. I'll spend the rest of my life missing you brother.

- On a similar note, in 2018 I said goodbye to a man that can best be described as my third grandfather. My Uncle Brian was taken from us too soon, a man for whom nothing was ever too much trouble, and a man loved by all that knew him. I hope you're looking down on us with pride, because I know we miss you every single day.

- In March of this year I underwent some abdominal surgery to remove a bacterial infection. Lovely stuff. Two weeks off of work on bed rest sounded great until I was told I couldn't lift weights for six weeks, although I at least began running again after two weeks.

- On the subject of fitness, I've taken huge steps to a better me - my training has been more consistent this year than any other since I began working out in 2012. In fact, I feel so much more confident that I even took my shirt off for a photo or two this year - something that seemed impossible just a few months ago.

- Sticking with my well-being, this year I finally took the advice of Frankie and my family and began to medicate for my mental health issues. I've got to say, as dubious as I was, I'm a different person - hence why you've not seen as many posts on this blog!

- May was a great month for me. I (FINALLY) moved into my seaside property after what felt like months of stalling (solicitors are the bloody worst), and it really is my little slice of heaven. We also welcomed little Loki into the family - the Coombes family are dog-oriented but he's now loved by everyone. He's still as mischievous as his namesake but he's pretty darn cute. 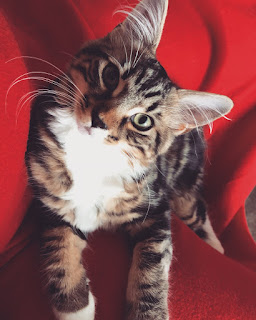 - This year I'm very pleased to say Counties made £1100 for charity, and I made an extra £250 for MacMillan by "Braving the Shave" at the end of October. I'm hoping to do some charity runs next year, so watch this space!

- Onto music now and after three long years, Counties finally released our second EP (and a music video too!). "If Forever Is What It Takes" is available on streaming services everywhere, and the video for "Burn" is below. On top of that, we've done radio interviews, had people turn up at shows just to see us and just generally elevated our live show.

- More music stuff, and Youtube content fizzled for me late last year. Instead, I've been uploading some snippets to Instagram under the hashtag "#SS1Sessions" - it's a lot less daunting than playing a full song, and arguably most people check in for a minute or so anyway before going to something else. Plus, I can knock one out in 10 minutes - I usually learn the part of the song I want to play and then record two or three takes.

#ss1sessions are back 🤙 Here’s some “Kill” by Jimmy Eat World, except it’s played badly and my face is weird. #badcover #acoustic #cover #jimmyeatworld #singer
A post shared by Lloyd Coombes (@lloydcoombes) on Sep 13, 2018 at 11:02am PDT


- One of my closest friends asked me to be his Best Man. So much love for both Matt and his fiancee Mia, both of whom are incredibly important to both Frankie and myself. Roll on the wedding and (what I hope will be) a great speech ;)

- On the subject of weddings, our boy James married Alex in a beautiful Autumnal wedding that will live long in the memory. Congratulations guys! 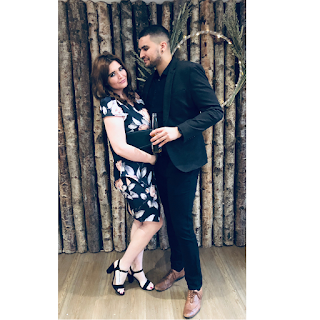 - In March of this year I reached out to SquareXO, a PlayStation-centric website (now multiplatform) and asked if there was any possibility I could write some articles for them. In short, the answer was yes, and gave me the confidence to speak to other websites and build up a portfolio (Xbox Tavern and PushSquare).

In short, I've been lucky enough to review plenty of games this year, alongside opinion pieces and features that have kept me busy, plus a couple of hardware reviews too. For someone that has always wanted to write about video games for a living, it's a dream come true.

In November I also wrote two pieces for The Daily Star - its crazy how quickly things have progressed!

- The best news of all, of course, has been the news that Francesca and I are looking forward to welcoming a little baby boy or girl into the world next May. Frankie has been incredible throughout the pregnancy, and I can't wait to meet our little one next year. 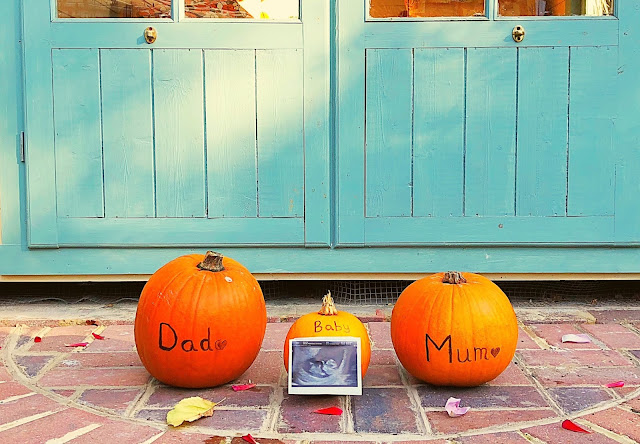 So there you have it - it's been a wild ride 2018 and not one I'll ever forget. A big thank you to everyone that has made the year so special and kept me together during the tough parts. 2019, come in - I'll put the kettle on.