I open up the Facebook "Memories" section with an equal mix of trepidation and morbid curiosity on a fairly regular basis. What navel-gazing bollocks did I write about this time last year? Who was I dating? What was I listening to?

Today's one was a bit of a treat, though. 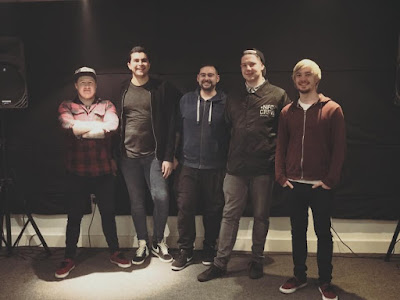 Excusing the bad photo (thank goodness I lost that weight) - two years ago, I went to a rehearsal with the original lineup of Counties. I've written at length about my experiences between Counties unceremonious burial in 2015 and the rebuild that started on this day, but I remember fully expecting for James and Tom to kick my head in for being such a tool two years prior.

As it happened? We all hugged it out, and I think the experience of being without each other made us realise what we had - "you don't know what you've got until its gone", after all.

What was fun was that we played our initial EP (at the time all we had recorded) and somehow remembered Bitter, Rest Assured, and Better Days without having played them in two years - three tracks that made it to the second EP last summer.

We're not far from the first anniversary of Tom's death, and when I see his smiling face in photos like these I miss him even more. I think he'd be proud of us for continuing the band, and I think he'd approve of Ant. Also, turns out Rob has ears, so that's something. 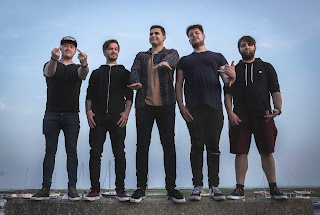 Anyway, Counties are playing at Three Wise Monkeys in Colchester on Thursday in support of mental health charity MIND. If you've got nothing planned for the evening, we'd love to see you and raise some money for a wonderful cause.

Hope to see you there,